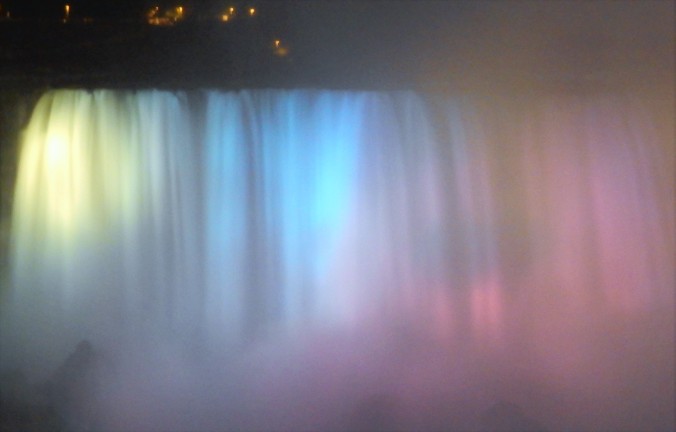 It’s fair to say that the falls are every bit as majestic at night as they are during the day. They’re given a little extra help in summer, though, with coloured lights that shine on them in different configurations, giving rather magical effects. 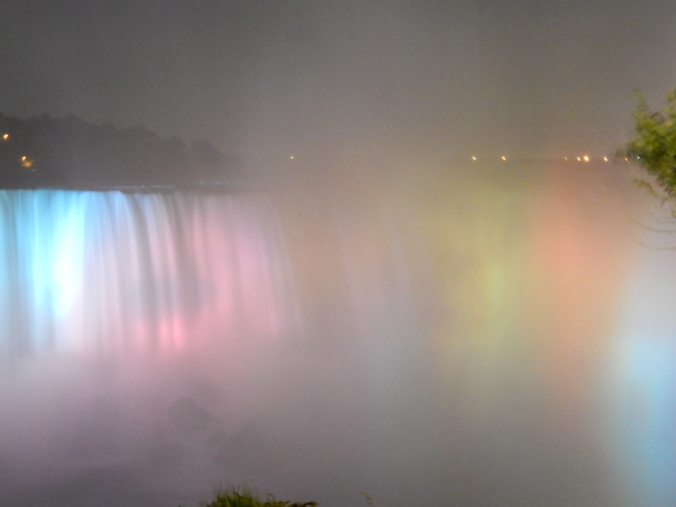 The night Sean and I were there, they made the falls on both sides a greenish colour for ten minutes to signify the soldiers who were serving overseas. I thought that was pretty special. I realise that it makes no difference at all to the experiences of the soldiers overseas, but anything that reminds us that we’re at home in relative comfort, and they’re doing it tough on some assignment thousands of miles away, is a good thing. The other people there obviously felt the same way, because everyone spoke in hushed tones and there was a minute or so of almost complete silence except for the pounding of the water to pay respect to those who had lost their lives in service of their nation.

The other really special thing that happened that night at Niagara Falls was that Sean and I had our own little adoption ceremony where we took each other as brother and sister, at least, as officially as we could. That is just one more thing that makes Niagara Falls incredibly special to us both. It’s a night neither of us will ever forget.

The lights of the skyline beyond Rainbow Bridge are really pretty, especially The Niagara Skywheel at Clifton Hill. I do like the way they’ve kept the developments and buildings back a bit from the falls themselves. It makes it possible to enjoy the majesty of the falls without all sorts of commercialisation being thrust upon you.

It wasn’t raining. It just looks that way because of the mist plume that produces its own “rain”. If you’re going to the falls at night, and someone tries to sell you a rain poncho for $2… don’t say no. 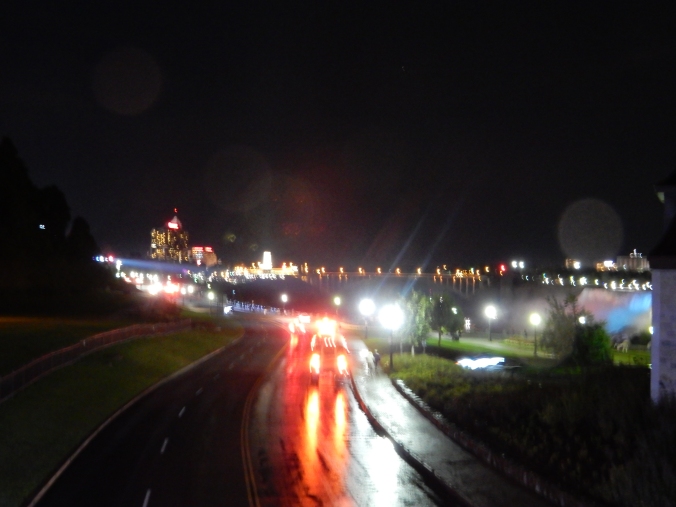 One thought on “Niagara Falls, ON, After Dark.”